Alternative dispute resolution processes like mediation have several advantages over the traditional legal process. Typically, mediation is less expensive and quicker. Participants like that they can get an issue resolved in one day (in many cases) rather than litigation that can take months or even years.

In addition, alternative dispute resolution can provide the participants with greater control and involvement in coming to a solution. These dispute resolution processes are usually more informal and have more flexible rules than a court proceeding. 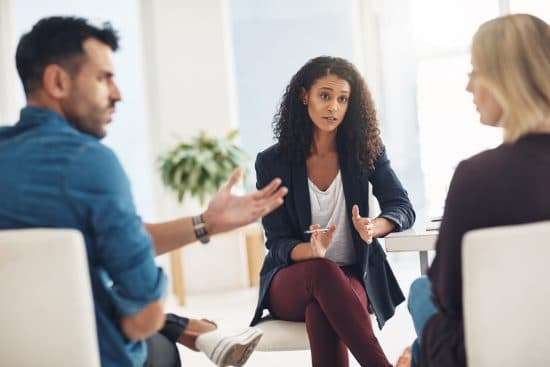 Mediation participants appreciate that they can often get an issue resolved in one day rather than litigation that can take months or even years.

Mediation is a method of settling a dispute or issue without the time and expense of the traditional court process. The two sides in conflict agree to meet with a neutral third-party who facilitates the reaching of a voluntary agreement.

The mediator works with the two parties to restate and clarify issues, examine all of the options toward resolution of their dispute (perhaps some that haven’t been considered in the past), articulate the costs to each party for a failed mediation effort, and, correspondingly, the benefits of coming to an acceptable solution for all concerned.

While a mediator-facilitated settlement presupposes a compromise, where the parties may not get everything they originally wanted, mediation can be a quick and relatively inexpensive way to resolve a dispute with a large degree of success, instead of spending years in stressful and time-consuming discovery and litigation, with no assurances that the extended and exorbitantly expensive effort will be successful.

Mediation can be a wonderful and effective option to resolve issues in a variety of different kinds of disputes, including private property boundary issues, divorce settlements, marital property distribution, and child custody, business contract questions, employment matters, and many others.

How Does Mediation Work?

There are usually about six stages in a formal mediation:

Here is a little more detail on each of the stages of mediation:

A Statement of the Problem by the Sides. Next, the mediator will allow each side to have some predetermined amount of time to discuss their version of the issue without any interruptions. It’s typical for the side that asked for the mediation to proceed first. This statement is not just a review of the facts, but allows the parties to frame the issues in their own mind and to describe their pain points or concerns in their own words. These statements provide the mediator with more information on the emotional state of the parties, what their beliefs are on the issues at hand, and perhaps some insight into what it will take to get them to negotiate a settlement. In some cases, this can be a way to “vent” and allow a party to “say his piece.” After that, the parties may feel more at ease and in a better position to listen to the mediator, and to the other side.

Information Collection. At this stage, the mediator will ask the parties open-ended questions to solicit their views and get more information about the events and the issue. The mediator frequently will echo any key ideas to the parties and will summarize what he or she has heard. This can help the mediator to build some rapport between the parties, and help them to make some small steps toward an agreement. For example, a mediator might say, “Can we agree that the event took place on Friday, August 23rd?”

Identifying Problems. While this task may be a component of other stages of the mediation process, the mediator will attempt to find common ground between the parties. This will help the mediator determine the issues that may be able to be settled more easily or those that he or she will want to tackle first.

Negotiation and Proposing Options. This stage of the mediation process can take on many different forms. Based on the specifics of the dispute and the parties, the best way to develop options may be a group process, small discussion groups or subgroups, the creation of developing hypotheticals, or an exercise where the mediator offers a proposal, and the parties take turns modifying it. One of the most common methods is the caucus. A caucus involves separate discussions by the two sides with the mediator in private meetings. The mediator will go back and forth between the two rooms with suggestions, offers, and responses. After the two sides commit to a negotiated settlement, the mediator may propose a brainstorming session to explore potential solutions which can lead to a final agreement.

How Much Does Mediation Cost? 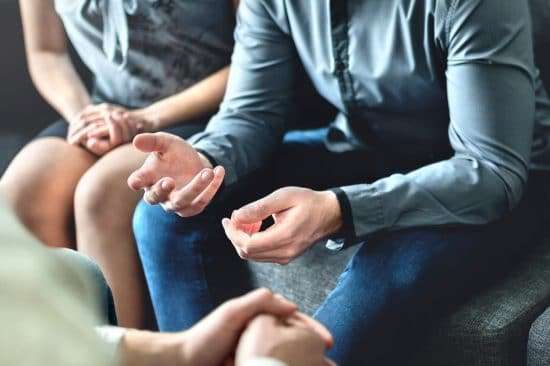 Mediation is is a private process where a neutral third party is asked to facilitate the parties’ discussions and try to resolve the dispute.

In general, for each party, the cost to hire a private mediator is roughly $150 to $300 per hour.

Some mediators offer tiered hourly rates, which decrease as more hours are booked. For example, the first hour of mediation might be $250, and the second hour $200. Each additional hour may only be $100.

Yes, it can, most definitely. Most mediations result in a settlement agreement between the parties.

What Percent of Cases are Settled in Mediation?

According to statistics from the American Arbitration Association, there were nearly 10,000 cases in 2019 that went through some sort of mediation.

The latest data from the United States Department of Justice shows that the success rate in 2017 for Voluntary ADR Proceedings was 75%.

About 70% of all cases sent to mediation result in settlements that same day. Many cases that don’t settle on the day of mediation, do settle in a few days’ time.

Surveys show that more than 90% of mediation participants are satisfied with mediation, including those for whom their case isn’t settled in the process.

Mediation vs. Arbitration vs. Litigation: What’s the Difference?

Mediation. This is a private process where a neutral third party is asked to facilitate the parties’ discussions and try to resolve the dispute. The parties will describe the issues; discuss their interests, understandings, and emotions; provide additional information; and explore ideas for resolution. Courts can order parties to mediation, but the mediation process is “voluntary” in that the parties aren’t required to agree. The mediator doesn’t have the authority to make a ruling for the parties, but can facilitate the parties’ finding a resolution that is mutually acceptable. In a mediation, the only ones who can resolve the dispute are the parties themselves.

After the hearing, the arbitrator will make a ruling and issue an award, if any. Some arbitrator-determinations will specify the decision, without more, while others provide reasons, or findings.

Note that the arbitration process can be either binding or non-binding. When it’s binding, the decision is final, can be enforced by a court, and can only be appealed on limited grounds. When arbitration is non-binding, the arbitrator’s award is advisory only and can be final only if it’s accepted by the parties.

Litigation. As you probably know, litigation is a process for addressing disputes in the court system.  Litigation is a contested action, and a judge or a jury will render a final decision for the parties (provided that there is no settlement before a verdict is reached in the trial, as settlement can occur at any stage of the process). During litigation, there may be a number of hearings and temporary orders concerning evidence procurement, discovery, and Court-sanctioned procedures. Discovery (evidence collection and deposition testimony) which can itself be awfully time-consuming and extraordinarily expensive, is followed by a trial date and the actual trial proceeding.

Litigation can be nerve-wracking in many respects, one of which is the fact that the deadlines and calendar can shift—hearings are postponed and continuances granted— meaning that the wait for your day in court takes a long time to happen. And that wait can be stressful. This sidebar alone—the matter of arguing for or opposing postponements and continuances, can itself be an expensive undertaking.  It involving hours upon hours of billed legal time, not to mention the heartache suffered by the parties who want nothing more than to move the matter forward without delay. 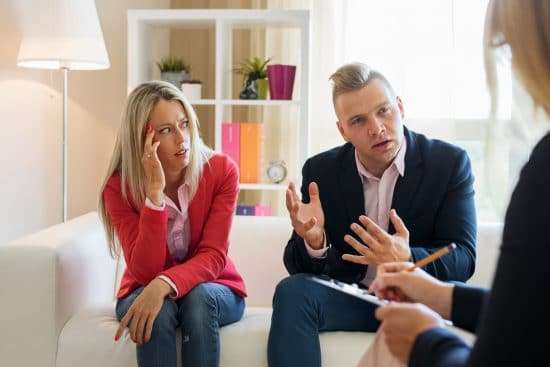 The mediation process can validate the parties’ feelings, and be a more personal, intimate, and more satisfying experience than other dispute resolution options.

No. Mediation is a non-binding procedure, so even if the two sides agree to submit an issue to mediation, they’re not required to proceed with the mediation process after the first meeting.

This allows the parties to always be in control of a mediation.

That’s a major difference between mediation and arbitration. Again, in arbitration, the neutral arbitrator has the authority to make a final and binding decision about the dispute. Not so in the voluntary, non-binding mediation protocol.

How Long Does a Mediation Last?

Based on factors such as the complexity of the issues, a mediation might go on for hours, or even days, weeks, or months (rarely).

What Happens After Mediation Settlement?

If the sides reach an agreement in mediation, the mediator usually writes the agreement up and the parties sign it.

What are the Benefits of Mediation?

Mediation provides the benefit of negotiation where the participants control the final outcome, and nothing is imposed on any of the parties against their will (non-binding mediation). Of all the forms of alternative dispute resolution, mediation is the most streamlined and least expensive option available.

Mediation is faster and less expensive. It’s also less formal, and less adversarial than a trial. Plus, the process is solution-driven, so the dispute is viewed as a problem to be fixed, not one to be belabored or exacerbated. Another thing that participants like about mediation is the fact that a party’s feelings are taken into account. The mediation process validates the parties’ feelings, so a mediation is a more personal, intimate, and, perhaps, more satisfying experience than other dispute resolution options.

Mediation looks at the underlying causes of the problem and the parties’ feelings, to try to find a  positive solution that works for both sides. In mediation, the dispute can be resolved fast and with less expense than a trial. 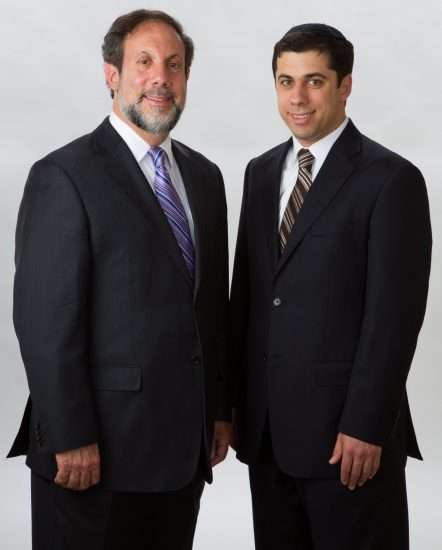 The mediation process is voluntary and non-binding, but offers a way for two parties with a conflict to quickly and efficiently resolve their issue. Mediation can frequently be the best way to resolve a conflict.

In protracted, complicated disputes, personal and commercial, one of the awful byproducts is the exorbitant legal cost incurred by all parties involved. Our team of attorneys is trained in mediation techniques to help the parties resolve their issues in an amicable, friendly, and economical environment.

Your dispute requires expertise and the benefit of seasoned counsel. Our firm’s principal partner, Ely J. Rosenzveig, has over 30 years of mediation experience, as an attorney and a congregational rabbi. Ely, and his son Ariel, have trained at Harvard Law School in mediation and other alternative dispute resolution techniques. They and their team of professionals are ready to help you achieve a cost-conscious resolution of the dispute in which you are involved.

Contact our office, which serves New York and New Jersey, to put premier legal professionals to work for you.